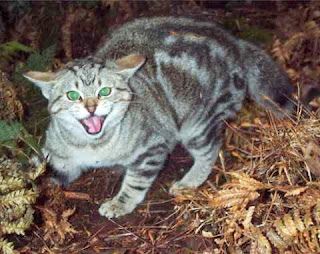 It's now been about 18 months since I started wearing hearing aids.  They're great and I wish I would have gotten them much earlier.  They make work, social situations and family life infinitely easier and have been credited with "turning down my asshole factor a bit" (I'll let you guess whom I'm quoting there).  That being said, my favorite moment every day is taking them out at night.  I'm essentially pressing the mute button on the world, and it is wonderful.  This moment usually occurs between 9:30 and 10:00 each night, when I have finally:
a) massaged
b) paid sufficient attention to
c) cuddled
d) liquored up or
e) all of the above
KT enough that she has stopped talking and has a fine line of drool hanging from the corner of her mouth.  Like one becomes dependent on glasses just a month after first getting them - despite not having worn glasses before - I have become dependent on my hearing aids and can hear absolutely nothing without them.  Like I said, this is a peaceful nirvana for me and I cherish the moments.  It can, however, lead to "situations" at times where it is imperative for KT to convey a message to me and my deafness makes it considerably difficult.  I tend to startle easily as I can't hear anyone not in my line of vision.  Additionally, when startled, I tend to jump and flail much like a Looney Tunes character.  KT, in her typical sensitive, loving manner, has likened me to a naked feral cat when I don't have my ears in. She cites the following two examples in justifying my new title:

1)  Last weekend I came down with a nasty head cold.  It timed itself perfectly so that it hit right when I got home from work Friday and proceeded to stay with me through the weekend, lifting just in time so I couldn't justify taking a sick day Monday.  Friday night, Saturday and Sunday, however, I was flat on my back, sniffling, sneezing and dispersing mucus like an oversensitive soft soap dispenser.  Friday night, KT and I had fallen asleep on the couch in front of the TV, as per our normal protocol.  We sleep there for an hour or so until one of us gets uncomfortable enough to make the effort of getting up and heading to bed.  As a courtesy, the one who has gotten up will nudge the other and grunt out the word "bed" before trudging off.  The other will then usually follow suit.  This night KT was the one who woke first and decided to head to bed.  I had my hearing aids out and was soundly sleeping as she nudged me.  Following routine, I began instinctively rising to head to the bedroom.  Rather than sleepily shuffling ahead of me, however, KT immediately jumped into an admirable basketball defensive position and began boxing me out.  Confused and still mostly asleep, I attempted to move around her.  She quickly spun around held up her hand in the classic traffic cop stop position and yelled, "NO!".  "YOU!" (pointing at me now).  "STAY!" (pointing at the couch now).  "STAAAAAYYYYYYYYYY.  YOU STAY!"  I now had stirred sufficiently to understand that my sneezing/snoring/snorting had banished me to the couch for the night.  That was fine, I could understand her reasoning, but thought the theatrics of trying to train a feral cat were a bit excessive.

2)  Al and Audrey are at the stages in their lives where, despite still living at home, are gone often enough that it is not at all uncommon for KT and I to find we have the house to ourselves for the night and the following morning. It allows certain liberties that are convenient and run the risk of years of expensive therapy if the kids witnessed it.  In specifics, I'm referring to walking from the shower (downstairs) to the bedroom (main floor) without first getting dressed.  It's a small convenience, admittedly, but one which I never fail to take advantage of when I can.  A few weeks ago we had one such situation.  The kids were both gone for the night and we didn't expect them home until late the next afternoon.  So, Saturday morning, I got out of bed to shower with the full intent of making a naked journey to the bedroom to get dressed after.  KT was still in bed, drinking coffee and waiting her turn for the shower.  To her mild surprise, she heard the front door open and Audrey walk in with a friend.  As it turns out, they had decided to go shopping and Audrey was swinging by home for a quick change of clothes.  KT went to the kitchen to chat with them as I, oblivious, finished my shower.  When she heard the stairs creaking as I began walking upstairs, she realized the magnitude of the enormous life scarring event that was about to unfold.  She began yelling "PAUL!!!!  STOP!!!!!  DON'T COME UPSTAIRS!!!!"  I, however, didn't have my hearing aids in (they don't work well in showers), and heard nothing more than Charlie Brown's parents yelling "BWAH!!!!  BOP!!!!! MMOMP FLOM ROMMAIRS!!!!" This simply piqued my interest and I picked up my pace.  KT quickly realized the naked feral cat was loose.  Thinking fast, she ran to the top of the stairs where, by divine intervention, a basket of my clean laundry was waiting for me to put away.  She opened the door and began madly flinging whatever clothes she could grab quickest down the stairs, pelting me with a total of two pairs of shorts, thee socks and a flannel shirt.  The message was received, however, and I realized that it was probably a good idea to put some clothes on before going further.

While my natural inclination is to be offended by the comparison, I do have to admit that KT may, once again, be right.
Posted by Paul at 2:05 PM