Maggie was born one week after 9/11.  She has been with us since October of 2001.  Like any lab, Maggie was a master thief when she was younger.  Turn your head for two seconds and the sandwich you just made and set down was gone.  She never, ever, missed an opportunity to commit larceny.  After all, she knew how to charm the jury and always got off with no more than a public shaming and two minute time out.  Maggie is much, much older now.  Her reflexes aren't quite as quick, but she still absolutely knows how to commit the crime.  Security cameras caught her in the act this morning. 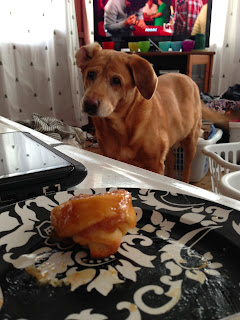 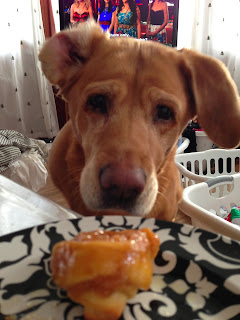 Suspect, keeping one ear open to approaching authorities, approaches target.  Suspect confirms it definitely is a käramel roll and that there is definitely nobody watching.  Author's note:  I never claimed she was bright, only that she was a master thief.  Suspect decides this käramel roll must get in her belly. 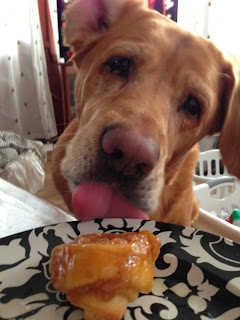 Suspect makes her move.  In one swift twitch of her tongue, käramel roll is consumed.  Suspect becomes aware that perhaps she may have been noticed when she hears protestations to her actions, but can't quite confirm it yet as nobody has actually moved. 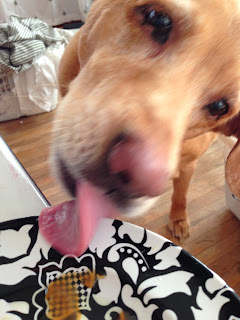 Suspect now is sure she has been spotted as someone definitely said, "what do you think you're doing, assface?" Author's note:  It's a term of endearment coined by KT and adopted by all.  Suspect decides that absolutely zero fucks will be given and she will finish the job anyhow. 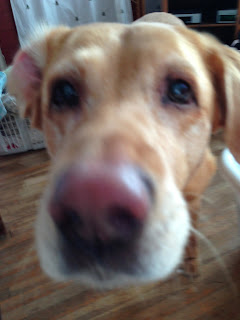 Suspect, now apprehended, is really, really sorry and promises she will never, ever, ever do something like that again.  She claims temporary insanity caused by old age.  Jury buys her story yet again and suspect is released to her own recognizance. 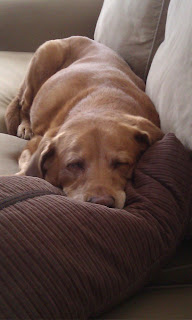